If anyone knows any history about this vessel I'd be happy to hear about it :-)

For me it all started the week before Christmas 2004 when I saw her advertised on Trade Me. It was just the vessel I was looking for, not too big, not too small, just right. She was in Nelson, an added bonus and the price seemed OK at $54,000. I would be able to handle her alone on solo missions but big enough to accommodate a family as well one day when the need arose. I felt she could do whatever I asked of her, maybe even sail around the world one day.

I really wasn't interested in getting involved in buying and selling boats, it's a losing game in my mind. If I could find one that would forever do whatever I asked, beauty. In for the long haul, or so I hoped and while Taranto is getting long in the tooth, the rigging has been changed in 2017, the motor though getting tired just keeps on giving, the boom gooseneck has now been fixed and I feel she will soak it all up and charge on.

The primary foresail got blown out going around Stewart Island in 2017 and has been replaced with an extremely meaty sail provided by Martin Holmes at Abel Tasman Sailing Adventures and adapted and fitted by Pearl at Pirate Pearl Productions, while the mainsail, though also long in the tooth is not yet rotten! But that will be next, and the windows, and refridgeration, deck lights, radio installations... the list goes on...

The photos below show the week of purchase and the hull inspection. 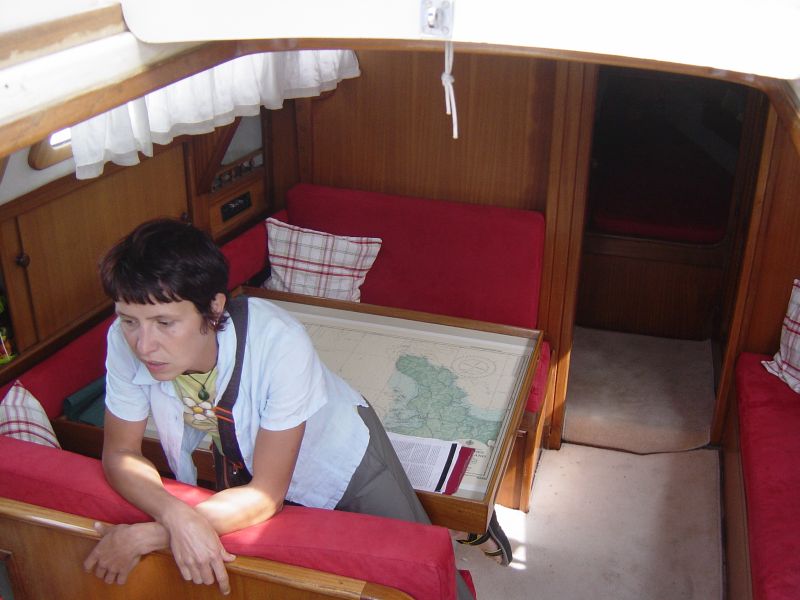 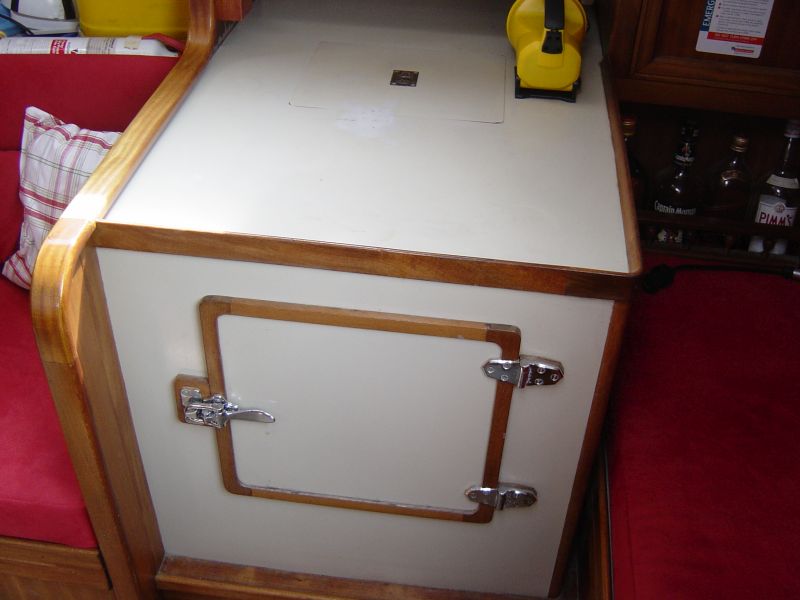 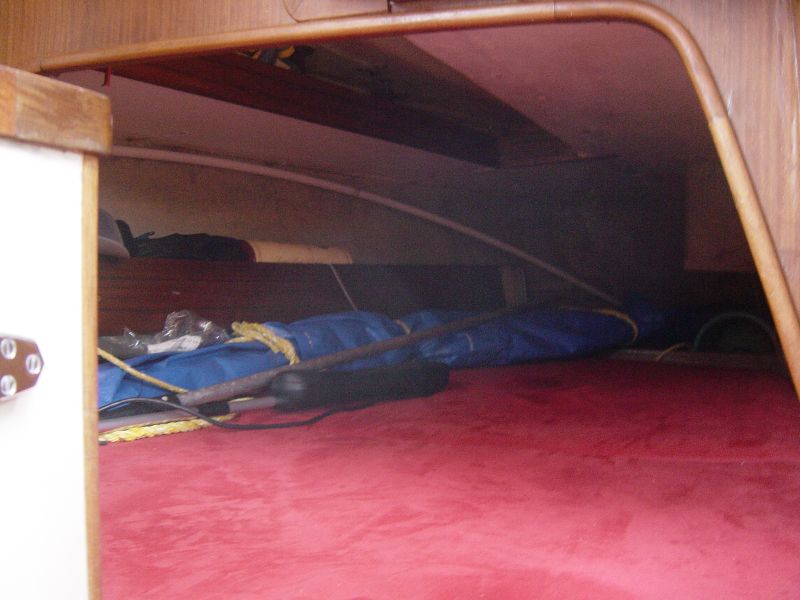 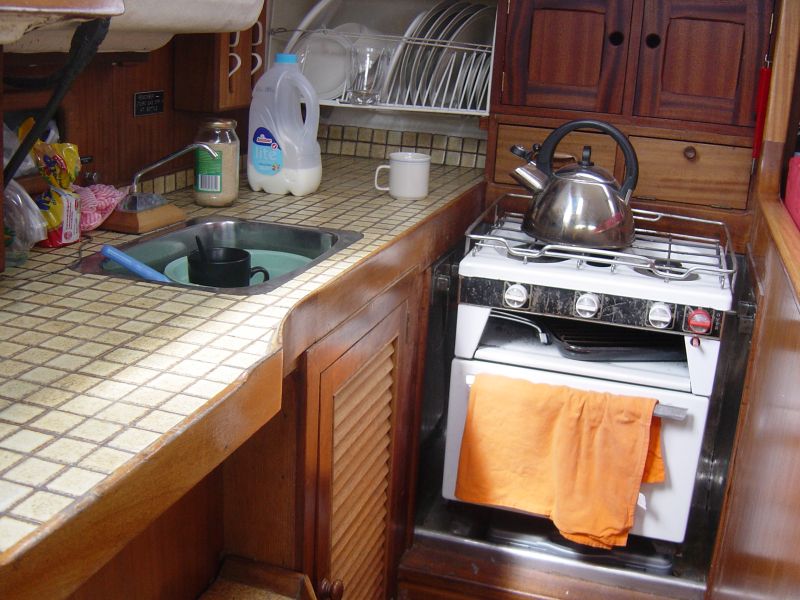 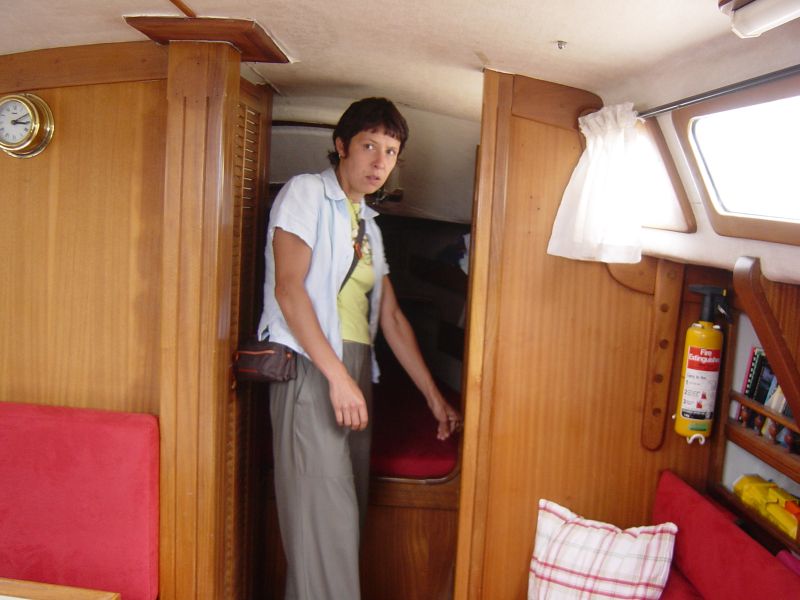 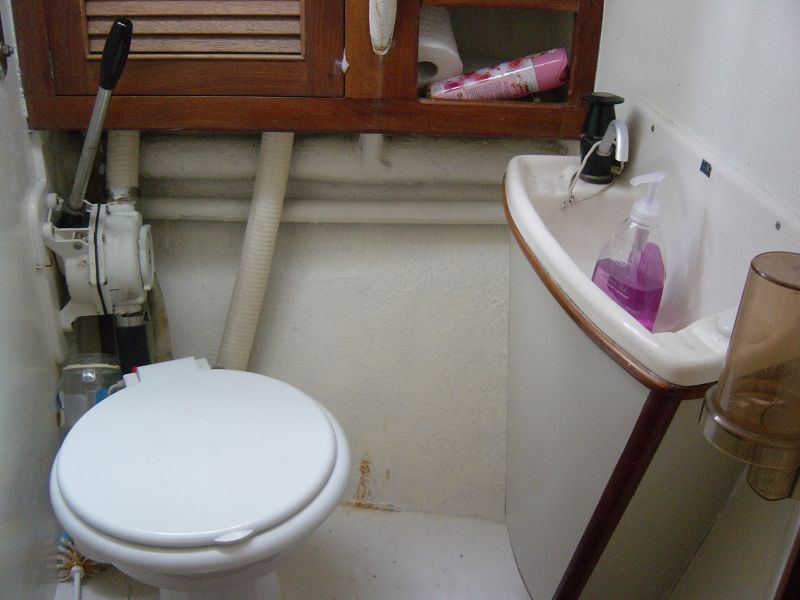 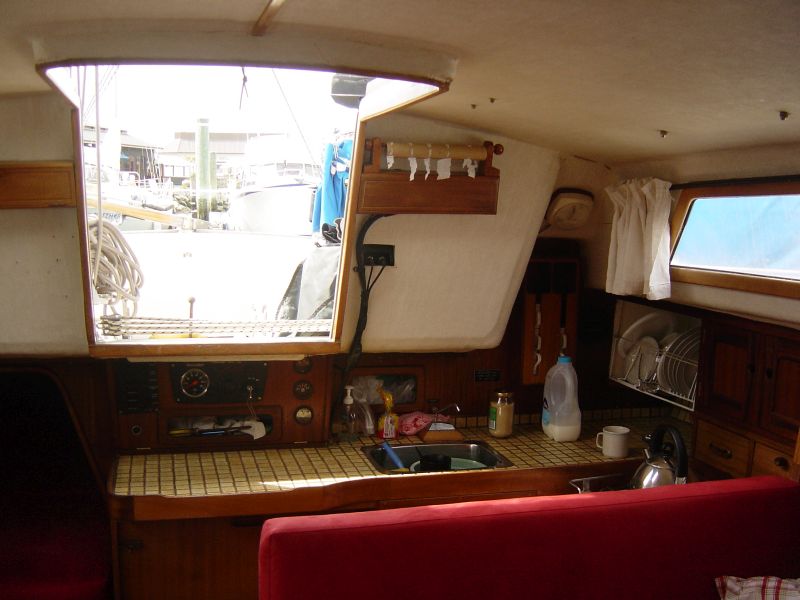 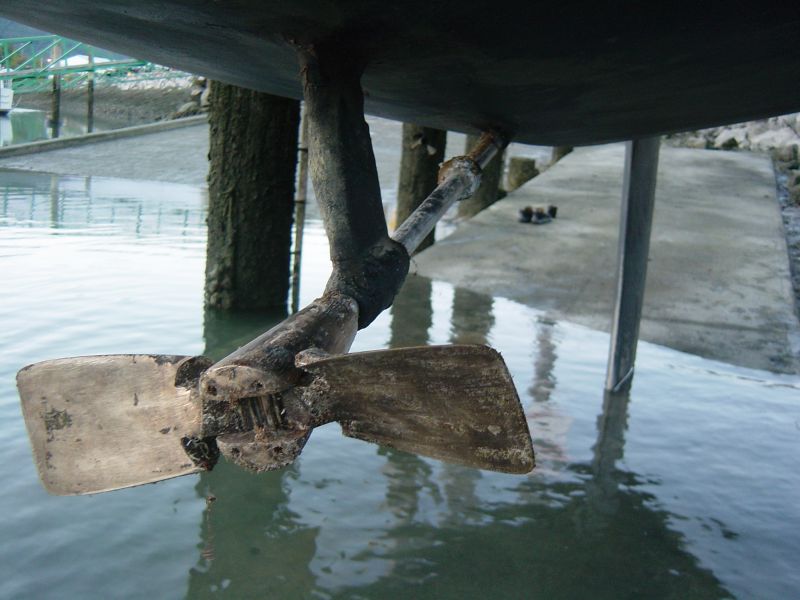 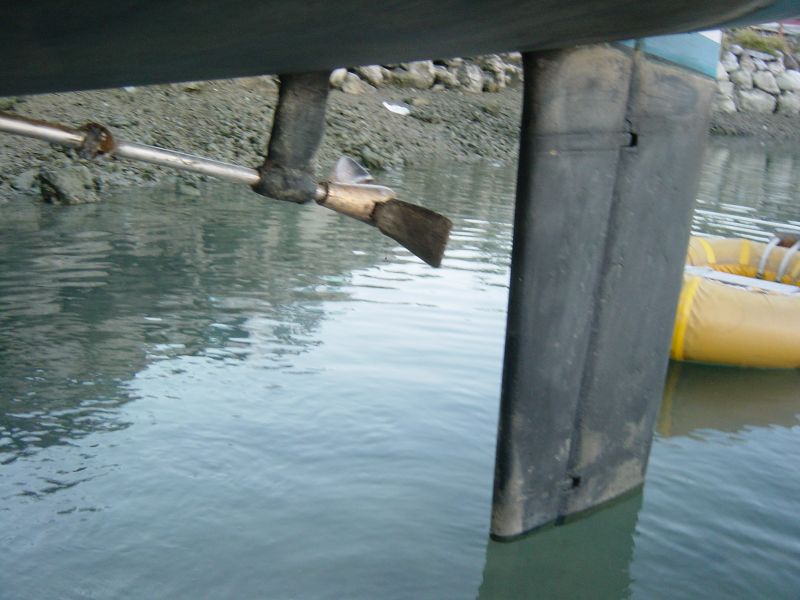 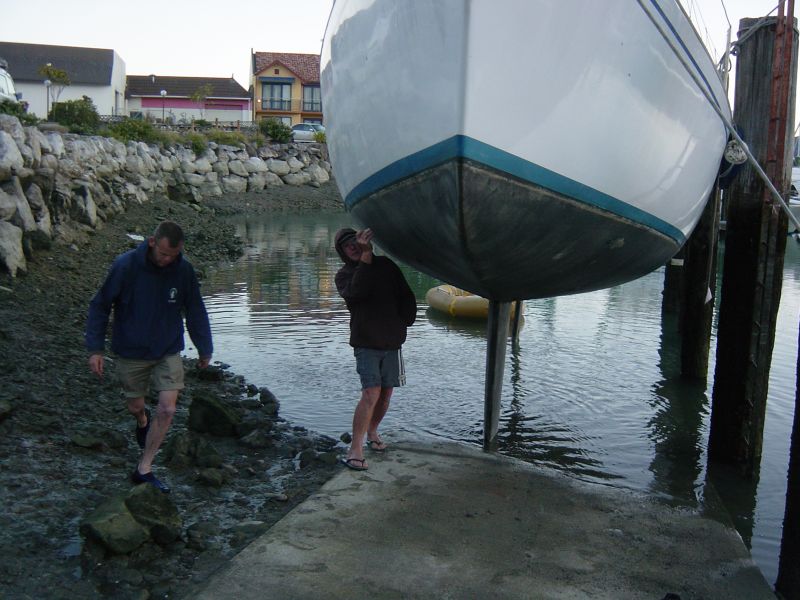 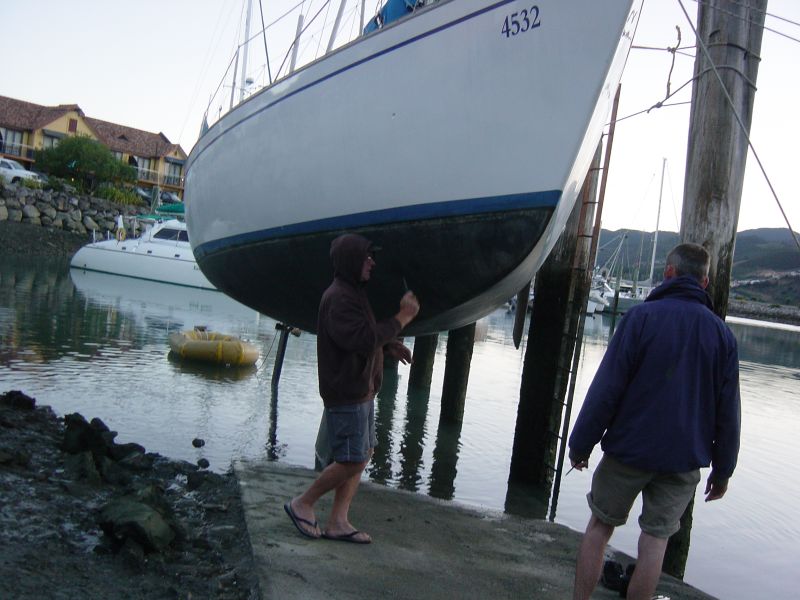 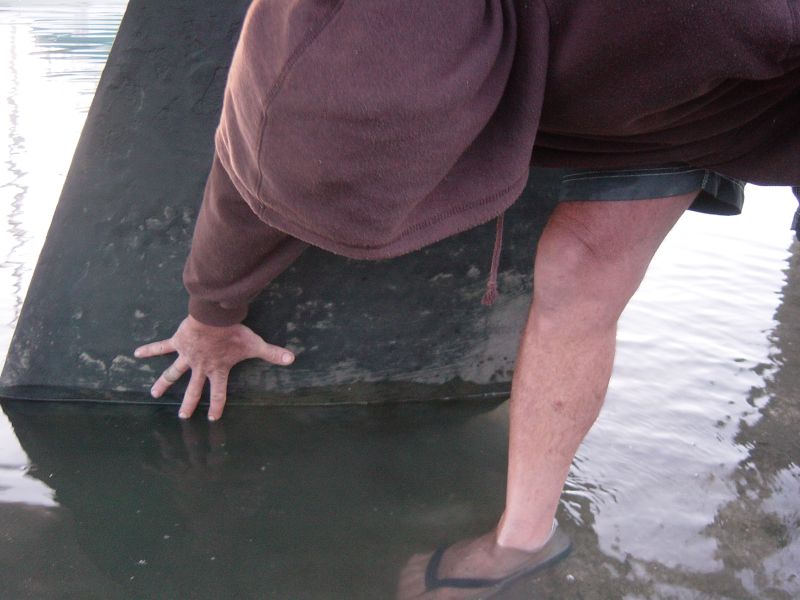 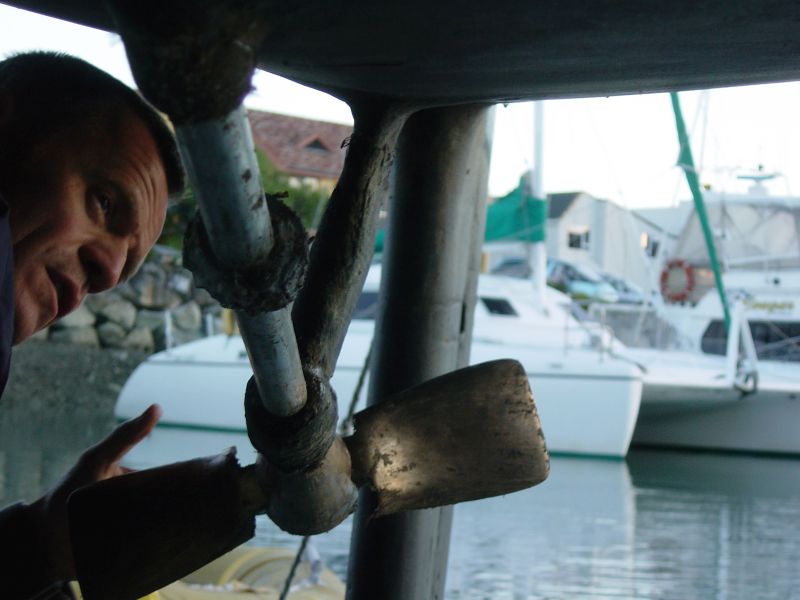 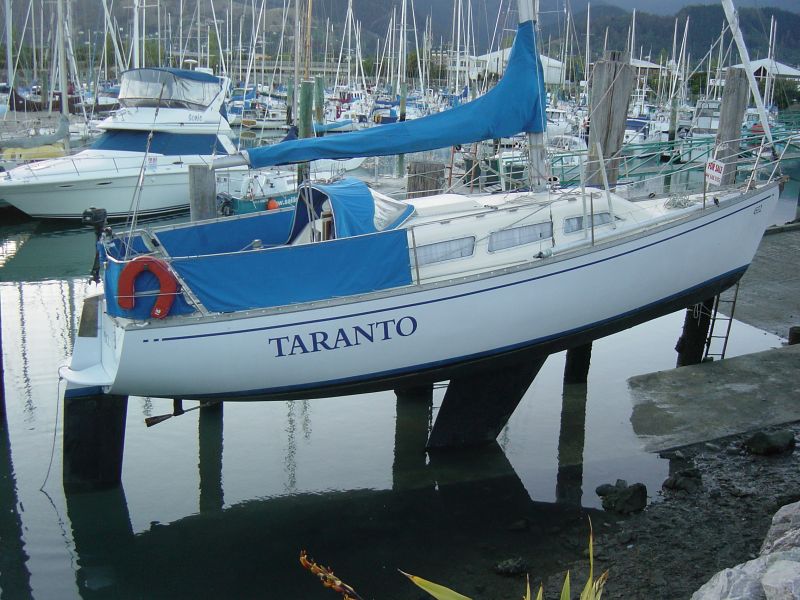 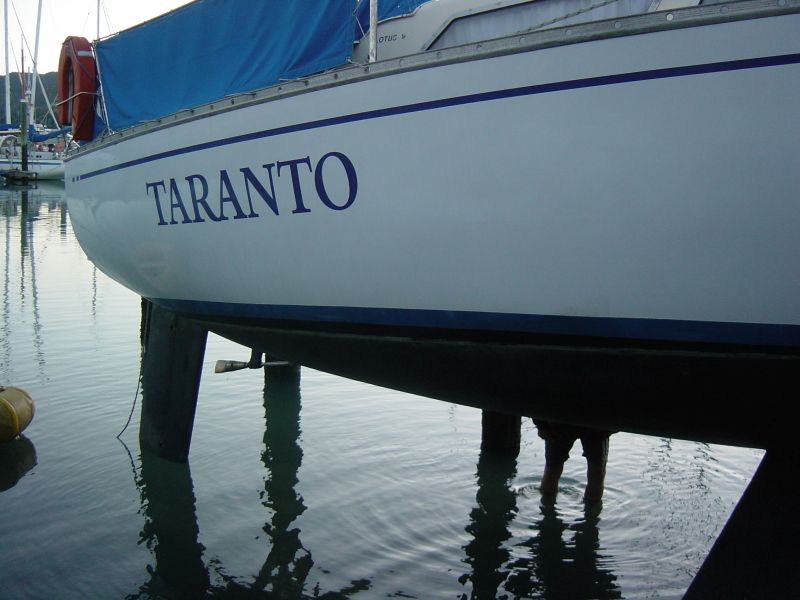 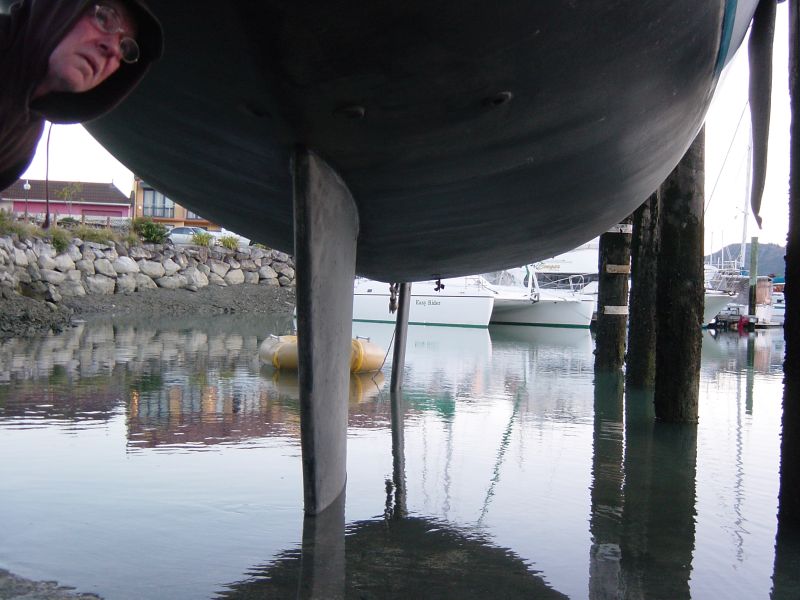 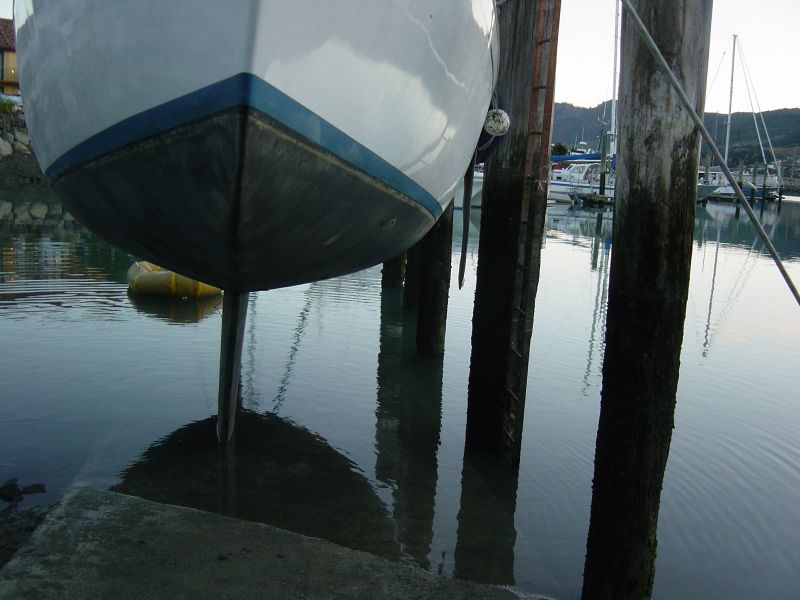 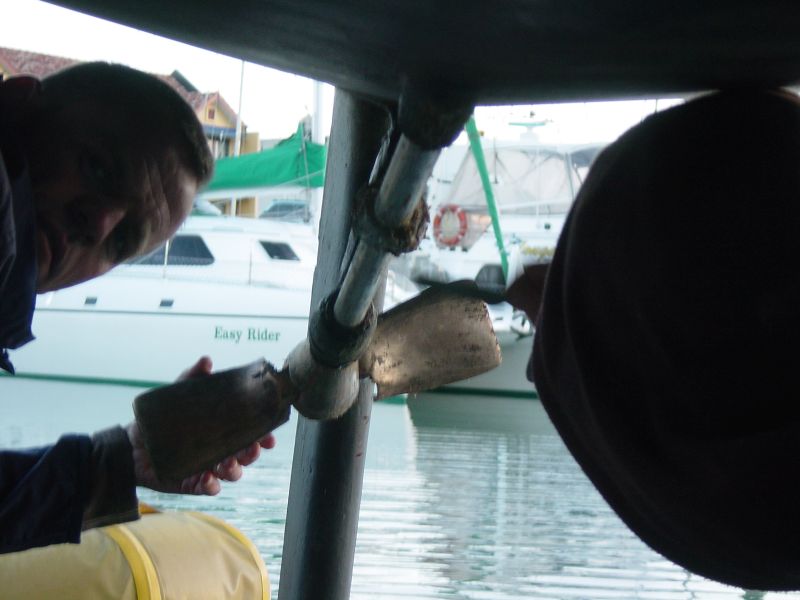 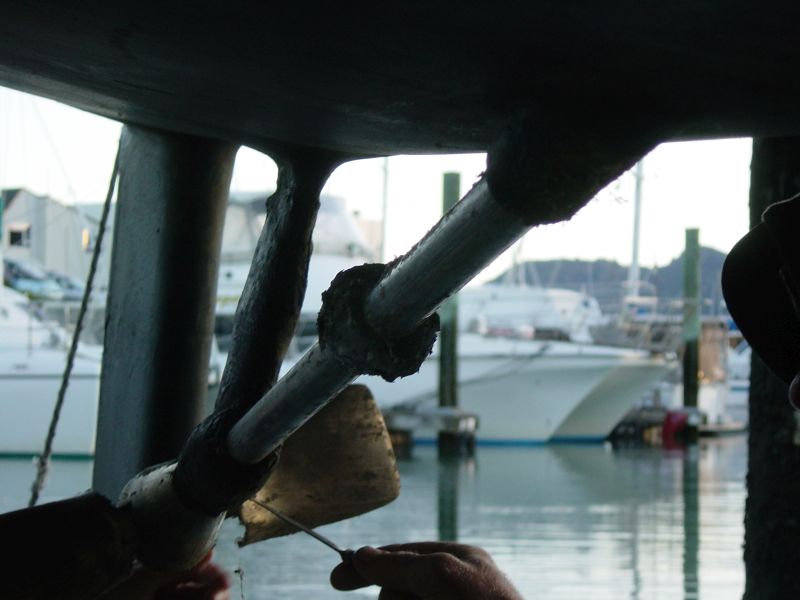 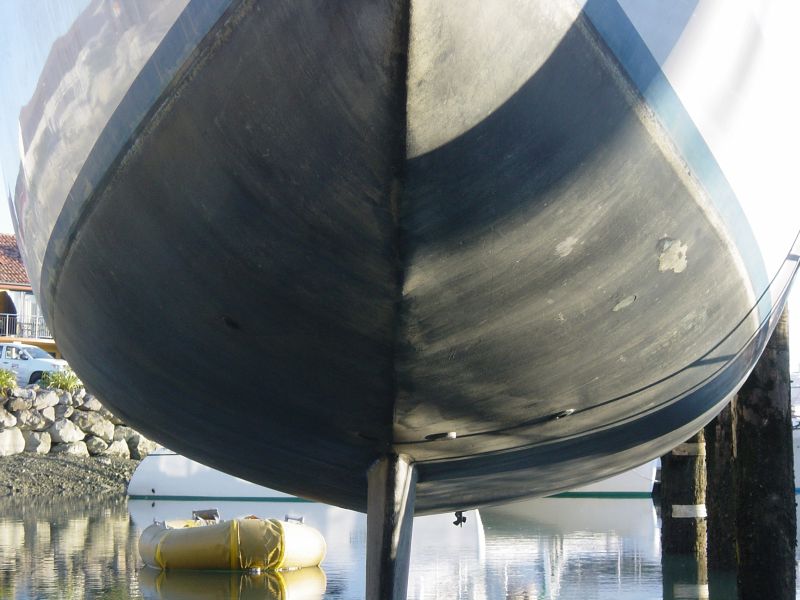 I’ve sailed aboard other peoples vessels for many years, aboard a Starlight 35 where its owner John Hinde taught me sailing and safety skills very well, sailing in the Scotland Isles, Wales, twice to the Scilly Isles, the UK Southern coast and Portland Bill, and the Solent and the Isle of Wight. In Italy aboard a Hallberg Rassy 382 from Elba, an Italian island in the Tyrrhenian Sea’s Tuscan Archipelago National Park to Capraia Isola and return with legend Bepe Hoffer, and also chartering in the Vava’u Island Group of Tonga.

These experiences and many others have cemented my love of sailing and the sea, the complete freedom, the wilderness and the closeness to nature and being totally in an environment and not merely a passive observer. Self reliance. I owned a Sabre 22 trailer yacht for 10 years seeking out all the nooks and cranies of Tasman Bay New Zealand and the Marlborough Sounds, before taking the big step to a keel boat, Taranto.

I don’t wish to compromise others privacy in these days of no privacy whatsoever, so I’ll only use first names because they all know who they are anyway. But many thanks to all who have crewed aboard Taranto over many years, Denis, Paul, Janice, John, Leslie, Justin, Vince, The Powell‘s, Alan, Flynn, Cruz, Jason, Illaria, Sergio, 2 Bob, Helen, Bob, Mary, Tom, Erena, Aria, Jack, Warren, Pete, Bruce, Tina & Tim, Tim, Rob & Jane, numerous random backpackers and applepickers, and not least the best crew on earth Stefania, Frida and Dylan!

There will be many more I have missed without referring to the guestbook, but hopefully many more into the future too. Thank you!

Supporters are always being sought and even as you read this, plans are underway for a massive sail around the world in Taranto. Seriously, get your name and product listed here by supporting in any way you can, or sponsoring Taranto in the effort to sail her from Nelson, New Zealand to Venice, Italy.

Regularly updated blog as the journey unfolds, entertaining video uploads via a YouTube channel (internet connections permitting) and special mention on all promotional material including any subsequent journalistic and published works.

And of course a permanent website link right here... 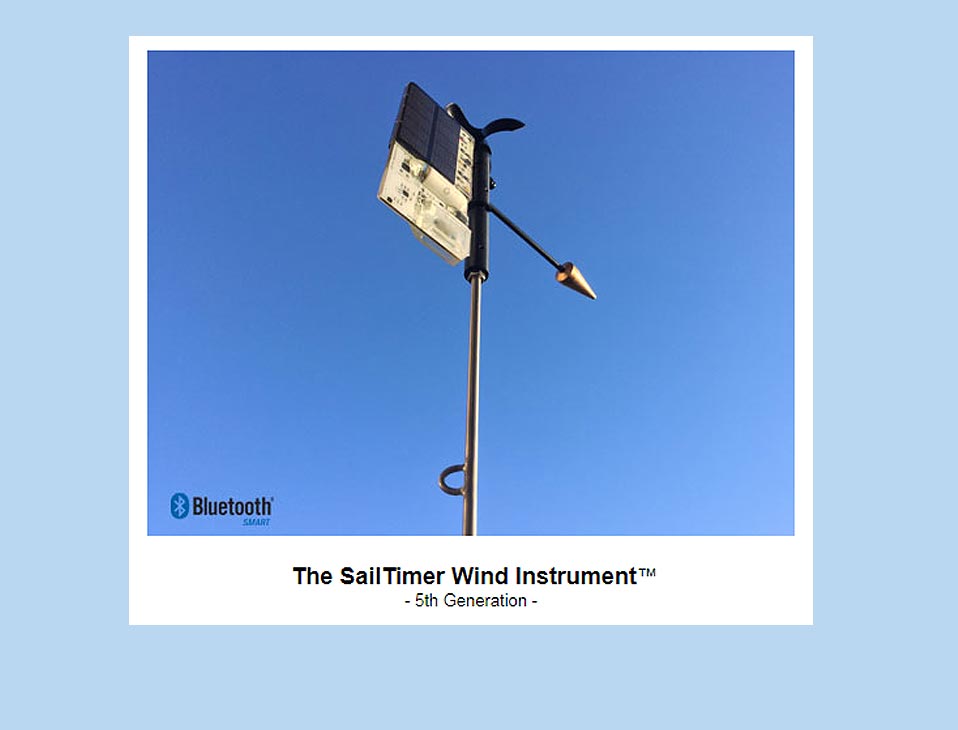 Eventually when the diesel engine finally expires we are keen to make Taranto as energy self sufficient as possible utilising an electric propulsion system, with a large battery storage capacity (such as a Tesla Powerwall for example), with solar, wind and hydro power generation capacity. Well, at least that was the case until the recent circimnavigation of the South Island where the reliability and range of diesel was shown to be very practical and safe when trying to maintain those dreaded 'deadlines'. Without significant time constraits however removing the stinkin freakin diesel is the ultimate goal.

"What does a man need - really need? A few pounds of food each day, heat and shelter, six feet to lie down in – and some form of working activity that will yield a sense of accomplishment. That's all - in the material sense, and we know it. But we are brainwashed by our economic system until we end up in a tomb beneath a pyramid of time payments, mortgages, preposterous gadgetry, playthings that divert our attention for the sheer idiocy of the charade.

The years thunder by, The dreams of youth grow dim where they lie caked in dust on the shelves of patience. Before we know it, the tomb is sealed.

Where, then, lies the answer? In choice. Which shall it be: bankruptcy of purse or bankruptcy of life? "
Sterling Hayden, Wanderer